Oh boy, I thought Friday was amazing and then I went back to Fan Expo on Sunday. Insane! Best day of my life.

I showed up early that morning and was glad I did because I got to the room the panel was going to be in just shortly after 10am (the panel was at 11) and it was already packed! One nice volunteer helped me find a seat (right smack in the middle of a huge group of people, that was fantastic). However, once they came out it didn’t matter where I was sitting. There they were. Three cast members of The Walking Dead. 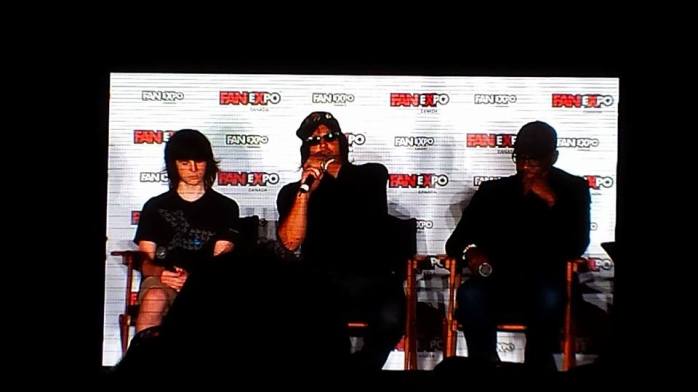 It was like the heavens had opened up and angels were singing. To some people that might sound stupid, but keep in mind I only bought my ticket a week before this all happened. So literally a week before the idea of seeing the cast of Walking Dead live was just a far off “off day” dream for when I could hopefully afford it.

The panel was amazing. From the sounds of it there’s lots of exciting things to look forward to in season six as pretty much every answer Chandler gave was that we’d have to wait for season six. 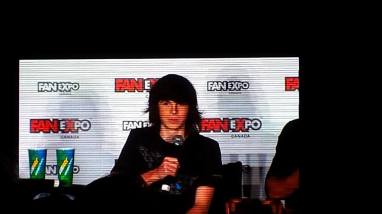 Lennie James couldn’t say too much about his character as obviously we’ve only seen him a handful of times so far, but he did say we’d probably get to see how his character went from the crazy guy we saw in season three to the zen master he is now.

Norman Reedus described season six as being like “season one on Viagra”. From anyone else I think that might have sounded weird, but from him it was just hilarious. 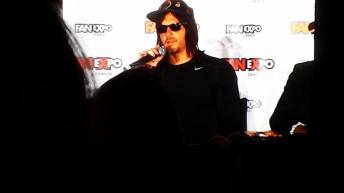 All three guys were so polite and funny throughout the panel, answering each question as best they could without spoiling anything. It was so great and I’m so glad I decided to go.

I’m also glad I decided to buy a photo op with Chandler Riggs which I went to right after the panel. Since I’d already bought a couple things on Friday I hadn’t planned on really buying anything on Sunday. Maybe I’d get the Murphy McManus Pop Vinyl so I’d have both twins, but then I made a spur of the moment decision that morning before leaving for the train.

I bought a photo with Chandler and it was both terrifying and amazing and I couldn’t stop shaking. He was so polite and he thanked everyone for coming and it was one of the most amazing moments of my life.

I watched a few episodes of The Walking Dead a few days after Fan Expo and I just sort of laugh because I watch it now and all I can think is, “I’ve met him.”

From that photo op I went to a panel called “How Fanfiction is Taking Over the World” which was hosted by Wattpad. This was so awesome because I’m a huge fanfiction writer as many of you know so it was cool to see a panel of people who have written or currently write fanfiction.

It was also really cool to meet other fanfiction writers and hear about what they write and how they got into it. I loved it because I don’t know a ton of people in real life who write fanfiction. I know a couple who have written a couple things, but no one who writes a lot like I do so meeting fellow fanfic writers was fantastic!

Once the panel was over I actually got to hang out with one of the girls I had met at the panel and we wandered around in the vendors area in the South Building which, until she brought me there, I didn’t know it existed. Yes, I’ll definitely remember that for next year instead of attempting to figure out my map.

We eventually went our separate ways as I had another photo op to get to and this is where I have a story.

I bought a photo with Sean Patrick Flanery. I’m a huge fan of his, I love Boondock Saints, he was great in Criminal Minds and I have a ton of other movies he’s done. Needless to say, I was incredibly nervous to actually meet him.

I’m standing in line and the closer I get to the curtained off area the more I start shaking. I am mere minutes, seconds, from meeting Sean Patrick Flanery. This was terrifying for me! It had been several hours and I still hadn’t recovered from meeting Chandler so the fact that I was about to meet SPF just sort of hit me all at once like a train.

Closer and closer, there’s now only a couple people in front of me. I finally make it to the curtained area with only one person in front of me and the fact that he’s mere feet from where I’m standing is now making me shake harder.

Then I look just slightly to the right and who is standing there? Norman Freakin’ Reedus.

Really?! I’m going to assume if you’re reading this then you’re laughing cause that’s what everyone I know did when I told them.

I was already beyond nervous to meet Sean Patrick Flanery\ and then Norman Reedus is just chilling about three feet away. Yeah, I forgot how to function. To make it even worse (better) SPF was hugging everyone he took a picture with.

I was prepared for the arm around thing, I can do that. Me and hugging in general is a struggle so this just increased inability to function.

Also, I’m so glad these are the first two pictures of myself that I’ve ever shared on this blog. Nothing normal or professional looking, but two times in one day where I was nerding out so hard and forgot how to function properly.

So yes, I thought I was close to The Walking Dead cast that morning and then that happened. It was wonderful and scary and wonderful and amazing and scary.

Honestly though I had a fantastic time at Fan Expo Sunday. Best. Day. Ever.

There will be other conventions I go to and other photos I’ll buy despite not really being able to afford things, but nothing like this. Nothing will ever be like this.

Thank you to all the people who run Fan Expo and to all the celebrities who attend! We all appreciate it very much and it definitely made it the best day of my life!

It’s definitely made me want to go again next year!

To celebrate six years, I updated every ongoing multi-chapter story I have posted so far, as well as uploading three new things.

But why is fanfiction so important to me? Well, before discovering fanfiction, writing was something I had always done for fun. It was a hobby. And when I say always, I mean always. I found some old notebooks from when I was four to six that I had written in and they contained stories I had made up about Pokemon and Digimon characters.

OwenHarpersGirl is like a second name to me now. It’s the name I use on all three writing websites I’m a part of (ff.net, AO3, and Wattpad) as well as my deviantart, NaNoWriMo, and tumblr. It was even the name on my Twitter and Pinterest up until I created this site. While at first it was a name I created because of my favourite character in a tv program, now it’s literally become like a part of who I am.

Writing fanfiction has changed my life. I never thought six years ago, when I first signed up, that I would have almost 100 stories with readers in 158 different countries! I have made so many amazing friends and learned so many new things through fanfiction and it’s crazy to think that my life could be totally different right now if I hadn’t signed up that day.

A big thank you to anyone who has ever read any of my fanfiction and I look forward to many more years of fanfiction writing.

If you haven’t you can check them out by scrolling up and clicking on my Fanfiction Page.

Do any of you write fanfiction? Why or why not? 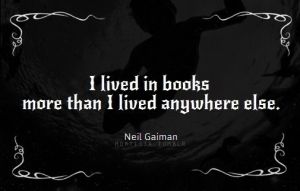 Growing up, I spent a lot of time reading. I remember my favourite childhood books, the first chapter book I read on my own, and the novels that have stayed with my even now. My love for reading helped to develop my love for writing. I write short stories, poetry, fanfiction, and am currently editing and redrafting my first novel.

I am hoping to use this blog to share the things I learn about writing and talk about books I’m reading as well as other things I might feel like talking about. For now, I will introduce myself a bit.

I’m sure there will be more at a later date, but for now that’s all I have. I’m not sure how often I will post things, but I’m thinking of trying for every week.