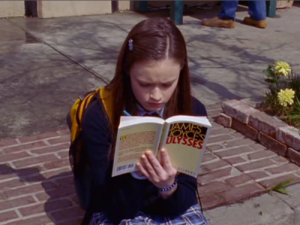 If you didn’t know, I happen to be a big fan of books. I am also a big fan of Gilmore Girls. Therefore I tend to identify pretty closely in some aspects (usually the ones involving books, not the ones about dating a rich boy and living in a small town that has a festival for everything) with Rory Gilmore.

The Rory Gilmore Reading Challenge isn’t so much a challenge as it is a list of all books mentioned in the show. Now, I haven’t actually read too many books on this list. I definitely own a bunch that are on this list, but haven’t read them yet. However, I’m sure that one day I’ll finally finish this list, or at least come close to finishing.

Follow me on Twitter | Find me on Facebook
Also, sorry it took me so long to get this posted. My dog decided to sleep on top of me this morning and I didn’t have the heart to tell her to get off. When I finally did get around to posting this it was just one formatting error after another. So hopefully it’ll have worked by now and you can blame the lateness of the post on this thing: 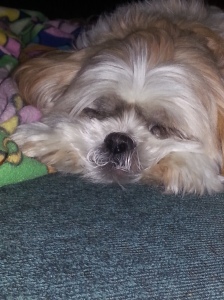